1. Pray for the growth in a true sense of Community END_OF_DOCUMENT_TOKEN_TO_BE_REPLACED 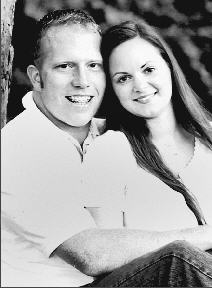 Bethany was born October 26, 1986 in Arlington, WA to Ken and Linda Kroeze and was suddenly and unexpectedly taken home to be with her Lord and Savior Jesus Christ on October 25, 2010 in Ciudad Obregón, Sonora, Mexico, one day before her 24th birthday.
On July 6, 1999 at the age of twelve, Bethany trusted the Lord Jesus as her Savior. He became her Lord, and from that time on she dedicated her life to pleasing her Savior.
Bethany graduated from Arlington High School in 2005. She worked at Josephine Sunset Home as a nurse’s aide and then as a dialysis technician for Puget Sound Kidney Center.
In December 2008 Bethany left her job and went to Mexico with a six month commitment to help the missionaries there. While in Mexico she met and fell in love with Duncan Beckett. They were married June 5, 2010 in Arlington, WA and together moved back to Mexico where they have been a tremendous help serving the Lord. She will be deeply missed by all who knew her there. This was evident during a touching memorial service held for Bethany in Mexico on October 26, 2010 with over 200 present.
Bethany had a quiet and gentle spirit with a faithful heart to serve others rather than herself. A few days before her sudden homecall she wrote her brother Tim this message: “All the pleasure we can have in this world won’t even compare to what God has in store for us in Heaven. This life is short; eternity is long. When we get to Heaven, I’m pretty sure we won’t remember the things we thought we were missing out on, or even the things we thought were so great.”
Bethany was preceded in death by her grandfather, William Baker; and grandparents, Gerrit and Annie Kroeze.
Bethany is survived by her loving husband, Duncan Beckett; her parents, Ken and Linda Kroeze, of Arlington, WA; brothers, Gerrit, his wife, Christie, their children, Blake, Madison and Shelbie, Craig, his wife, Loraine, their children, Hayley, Matthew, Sabrina, Jasmyn and Chyanne, of Hanford, California, Andy, of the family home, and Tim, of New Britain, Connecticut; as well as her grandmother, Barbara Baker, of Deland, Florida.
Duncan’s parents, David and Heather Beckett, and sister-in-law, Laura Beckett, of Sussex, New Brunswick, Canada, as well as Duncan’s grandparents, J. Roy and Muriel Beckett and Murray and Eunice McLeod share in our grief.
Bethany was loved by so many and will be deeply missed.
There will be a viewing from 6-9 p.m. on Friday, October 29, 2010, at the Arlington Gospel Hall, 323 S. Stillaguamish Ave., Arlington, WA 98223. The memorial service will be held at 11 a.m. on Saturday, October 30, 2010, at the Arlington Gospel Hall. Graveside service will be held at the Arlington Cemetery with a luncheon to follow at the Gospel Hall.

The preceding was taken from:

From Dan Harvey:
UPDATE: they just told me that she has arrived … they are loading and going … so I am going … will check my own flight now as well.  It looks like everything is set.
And thanks for praying … it has gone well it seems.  God’s help in difficult times.

I received an update from Dan Harvey who is currently in Arizona. I will attempt to summarize what he said.

Dan is currently working to transport Bethany to Washington. There are a number of issues complicating the trip. First, there are four funeral homes involved, two in Mexico and two in the United States. Second, everything in Mexico moves slowly. Thirdly, there are two countries involved, a border, two different languages, different paperwork, different transportation. Finally, there is the coordination of trying to get everybody on the same page.

Duncan (originally from Sussex, New Brunswick, Canada) and Bethany (from Seattle, Washington, USA) were married June 5, 2010 in Seattle, Washington, and together moved back to Mexico in the Lord’s Work where they both have been a tremendous help.  God has blessed in salvation, and an Assembly was formed here September 26th.  No one expected the events of yesterday, October 25th.

Bethany had some minor complaints of occasional difficulty in breathing, but nothing serious.  She had worked hard cleaning during the day.  On Sunday she did not feel very well during the day, but in the evening did feel well enough to get together with fellow workers and share a meal.  She even seemed her usual, happy self.  Monday morning at 7:30 am, just as she was sitting on the couch for a time of prayer with other workers, she indicated she felt she was about to pass out, laid her glass of water down, and then did indeed pass out.  After just a minute or two of some convulsions she regained consciousness, and they immediately rushed her to a local hospital.  She had of a great deal of pain en route.  She was immediately treated in the Emergency Ward of the hospital, and the medical staff attempted to stabilize Bethany, with repeated attempts to resuscitate her.  Within the hour Bethany had departed to be with her Lord.  From start to finish, the time was less than 90 minutes.  Local doctors, while perhaps not completely certain, have indicated Pulmonary Thrombosis as the cause of death, with a heart attack occurring in the home first, and later at the hospital.  With Bethany’s 24 short years (her birthday is today), we reassure ourselves that God is over all and as grief-striken as it has left Duncan, the family, and those who knew Bethany, we know that her Heavenly Father had deemed her course finished.

Your continued prayer for Duncan and Bethany’s family is greatly appreciated.  God does not always give answers to the question “why.”  As the Lord said to Peter in John 13, “What I do thou knowest not now, but thou shalt know hereafter.”  Local believers gathered here last night and prayed and tried to support Duncan.  Believers and other workers are coming for a Memorial Service today at 6:00 pm here in Ciudad, Obregon Mexico.

Further announcements will be made regarding funeral arrangements later this week in Seattle, Washington.

Deuteronomy 33:27 — The eternal God is thy refuge, and underneath are the everlasting arms.

May we all uphold Duncan and the Family in prayer today, and in the coming days.

On behalf of Duncan and the Family,
Dan Harvey
Pachuca, Hidalgo, Mexico
(Writing from Ciudad Obregon)